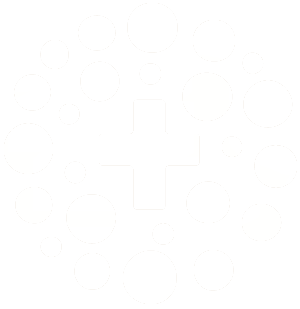 What is the purpose of the South Asia Peoples website?

The South Asia Peoples website shows which people groups reside in each district of South Asia, with populations, primary language spoken in that district, and number of adherents of each major religion. Field workers can plan their evangelistic and church planting efforts in light of this valuable information.

In addition, profiles are available for each people group in each country of South Asia. These include a small amount of statistical information, and often include a photo, map, and textual description. Also, the availability of scripture and resources such as the Jesus film and Gospel recordings are indicated for each language in South Asia.

The purpose of the site is to equip field workers with useful information as they plan their outreach and carry the gospel message to the peoples of South Asia.

The main Joshua Project website contains a great deal of information, and this complexity can obscure the highly detailed data available for South Asia. We are concerned that people often do not notice what is available. Also, we desire to provide a second website that more directly supports the needs of South Asia field workers.

Who are the primary intended users of this South Asia Peoples website?

On-the-ground field workers, but of course anyone may benefit from the site.

What are some benefits of this site?

What are some limitations of the South Asia Peoples website?

The main Joshua Project website offers various features and resources not found on this South Asia site such as:

Where did this data come from?

Joshua Project staff are not primary researchers. Rather Joshua Project is an effort to compile and integrate ethnic peoples research from various global, regional and national sources into a comprehensive whole. We are deeply grateful to the sources who have provided data to Joshua Project. For a list of sources, please visit https://joshuaproject.net/help/data_sources. We invite you to submit any information you have related to particular people groups using this form.

How often is the data on this website updated?

The view-able data on the South Asia website is updated approximately every two weeks.

Is the information available in other languages?

Currently the information is available exclusively in English, with few exceptions.

Why use caste to define a people group in South Asia?

Various people group lists define the peoples of South Asia (India, Pakistan, Bangladesh, Sri Lanka, Nepal and Bhutan) differently. Joshua Project uses caste / community and religion to define people groups in South Asia. These seem to be the primary barriers to the spread of people group church planting movements. Language is certainly a barrier, but given that it is very common for South Asians to speak multiple languages, language is seemingly not the highest barrier.

What is the Joshua Project Progress Scale?

The Joshua Project Progress Scale provides an estimate of the progress of church planting among a people group, people cluster or country. To see the Progress Scale and a fuller explanation, visit https://joshuaproject.net/global_list/progress

How can I submit a photo of a people group?

Submit images using the feedback form. Please include the people group and country names along with any relevant information about your file, source, location and date. Be sure to attach your file to the e-mail. Also be sure to read the usage agreement at the bottom of the form.

Please designate if you want your name listed as the source or if you prefer the source as "Anonymous". For security considerations, if no designation is given we will not associate your name with the media.

How can I suggest feedback, changes or updates?

There are certainly errors and omissions in this people group data. Joshua Project welcomes your input. Send feedback and updates using this form or email us at info@joshuaproject.net

Where can I find Bibles in various languages?

Joshua Project does not have printed Bibles available. In general, we suggest contacting:

Do you have field staff in these countries?

Joshua Project information comes from several individual and organizational sources, but we have no field staff. Joshua Project does not have offices in South Asia.

Do you train and send missionaries?

Joshua Project supplies people group information to the Church around the world as our sole focus. We do not train or send missionaries or field workers.

Are you available to come speak?

With a very tiny staff and many invitations to speak, we are unable to travel for speaking invitations.

Do you finance workers or projects?

Joshua Project has a very modest budget to keep the office running and the website online. We are unable to provide funds for the requests we regularly receive from around the world.

Do you have paid volunteer opportunities?

"Usually written as "church" with lower case "c." A gathering of followers of Christ. Does not imply a building or specific location. A fellowship of believers committed to spiritual growth and mutual encouragement. Starting these fellowships is often called church planting." (Operation World, www.operationworld.org, 2010)

"God’s message fleshed out in their culture, producing vibrant churches that plant other churches, with locals leading from the beginning – that’s the goal. A group of local people who follow God and love each other will deeply impact their community in the long term." (WEC Church Planting, www.wecinternational.org, 2012)

"An autonomous local congregation of baptized believers, associated by covenant in the faith and fellowship of the gospel; observing the two ordinances of Christ, governed by His laws, exercising the gifts, rights, and privileges invested in them by His Word, and seeking to extend the gospel to the ends of the earth." (IMB "Definition of a Church" www.IMB.org 2005)

"An assembly of disciples who know and reflect their identity in Christ expressed through corporate worship and mission." (AIM International www.aimint.org 2008)

"A group of baptized believers in the Lord Jesus Christ who meet regularly to worship, nurture one another (feed and grow one another), and fellowship (practice the one another statements of the Bible), and depart these gatherings endeavoring to obey all the commands of Christ in order to transform individuals, families, and communities." (David Watson, CPM Trainer, www.davidlwatson.org, 2009)

Today there are four general caste levels in South Asia:

The word "caste" is actually a corrupted Portuguese word. The more useful term for sociological groupings is "Jati." Jati as used in South Asia is a very close fit to the definition of "people group."

One who professes to be a follower of the Christian religion in any form. This definition is based on the individual's self-confession, not his or her ecclesiology, theology or religious commitment and experience. This includes professing and affiliated adults and also their children (practicing and non-practicing) who reside in a given area or country, or who are of a particular ethno-linguistic or ethno-cultural people.

This is the broadest possible classification of Christian and includes the six ecclesiological types of Christians: Protestant, Roman Catholic, Other Catholic, Orthodox, Foreign marginal, Indigenous marginal as defined in Operation World. Professing Christian numbers include the Evangelical subset.

A rapid and multiplicative increase of indigenous churches planting churches within a given people group or population segment. Characteristics of a CPM:

Followers of Christ who generally emphasize:

The noun "Evangelical" is capitalized since it represents a body of Christians with a fairly clearly defined theology (as also Orthodox and Catholic bodies, etc.). Evangelicals are here defined as:

A significantly large grouping of individuals who perceive themselves to have a common affinity with one another. "For evangelization purposes, a people group is the largest group within which the Gospel can spread as a church planting movement without encountering barriers of understanding or acceptance."

In many parts of the world lack of understandability serves as the main barrier and it is appropriate to define people groups primarily by language with the possibility of sub-divisions based on dialect or cultural variations.

In other parts of the world, most notably in portions of South Asia, acceptance is a greater barrier than understandability. In these regions, caste, religious tradition, location and common histories, plus language may define the boundaries of each people group.

Joshua Project uses the terms "people", "people group" and "ethnic people" synonymously. However, others may distinguish between the terms.

Note that a language marked as Secondary for the entire people group may in fact be the main language for certain individuals.

In South Asia each people group may speak dozens of languages, and understanding what we mean by primary and secondary languages is essential.

Note that marking languages as primary and secondary does not refer directly to the degree of bi-lingualism in a people group, although it implies bi-lingualism is occurring.

The religion with the greatest number of adherents in this people group. Usually more than half the people group follow this religion, but not always.

An unreached or least-reached people is a people group among which there is no indigenous community of believing Christians with adequate numbers and resources to evangelize this people group without outside assistance.

The original Joshua Project editorial committee selected the criteria less than or equal to 2% Evangelical Christian and less than or equal to 5% Professing Christians. While these percentage figures are somewhat arbitrary, "we should not underestimate the significance of the small group of people who have a vision of a just and gentle world. The quality of a whole culture may be changed when two percent of its people have a new vision." - Robert Bellah, Institute for Advanced Study at Princeton University, originally quoted in Psychology Today in the 1970s, currently quoted in Christianity Today Oct 2011: 42.

"A small body of determined spirits fired by an unquenchable faith in their mission can alter the course of history." - Gandhi